Normally one doesn’t start with boring phrases, words and projects to entice a reader to continue on. But the language below while not sexy is compelling for reasons that will be explained. So, please read on.
“Forty-year old infrastructure” in southern Scottsdale.
“Replace existing chemical treatment systems” with new ones to “provide a safe and consistent disinfectant solution for public pools.”
“Replace again restrooms at four city parks” that “do not meet ADA requirements.”
“Replacing outdated irrigation systems” that will “help reduce costs by lowering water usage and increasing energy efficiency.” 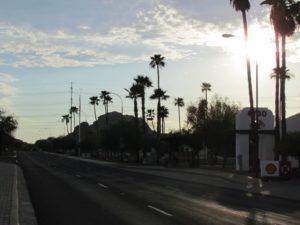 “Replace outdated and inefficient ballfield lighting” at parks across the city.
Improving accident prone intersections and the safety of certain crosswalks.
Improving certain, heavily trafficked roads now in order to leverage regional funds to lessen the burden on Scottsdale taxpayers.
Fixing “missing” and “crumbling” sidewalks.
Replace “antiquated electrical systems” in city buildings that cost taxpayers more to operate.
“Purchase Disaster Recovery Technology Infrastructure.”
“Replace 140 miles of deteriorated pavement on city streets.”
Design and build fire stations in areas that don’t have them or are operating in “single-wide trailers.”
“Expand and renovate the Civic Center Jail and Police Station” to aid a jail built for a Scottsdale in 1971, not 44 years later that sees frequent “jail overcrowding.”
These are the phrases and language found in city information about the upcoming $96 million bond vote in Scottsdale. If these are not the necessary, limited and basic functions of government we don’t know what are.
Two years ago a larger package of some $212 million was proposed. Scottsdale voters soundly rejected it in November, 2013. A leader of that opposition, Kathy Littlefield, was subsequently elected to the Scottsdale City Council. It shows. Littlefield helped craft a proposal supported by a strong majority of council that focus on the basics and the needs, not the nice to haves. A well known former opponent, Bill Crawford, also supports the new package.
If passed the bonds, which would increase the average Scottsdale homeowner’s property taxes by a whopping ten cents per day, would be the first package passed since 2000!
We were surprised and disappointed to learn that an opposition committee has formed to oppose the measures which should be passed by acclimation. After all, do they not want the disabled to go to the bathroom at certain city parks? Or their government to operate more efficiently with electrical systems that save money over the existing antiquated ones? Or Scottsdale to be properly prepared with proper data systems in the event of a natural or man-made disaster that keep emergency systems working? Or small jails from 1971 to be expanded so Scottsdale’s criminal justice system can best protect the public in today’s bigger city? Or fix terrible roads? Or protect kids and seniors in public pools with the best chemical treatments of the water?
We could go on. Because we don’t want to see a group previously unknown to Scottsdale’s civic fabric deny the very basics that make their place in it possible. We don’t want to see the city of the Indian Bend Wash, McDowell Mountain preservation and impressive arts facilities become Mesa circa 1986.
This time there is no opportunity for a “bait and switch” as opponents argued last time. The recommendations are specific and necessary to make sure critical infrastructure does what it is supposed to do for citizens. Just ask those horribly inconvenienced by the recent crumbling of a bridge on Interstate 10 between Phoenix and Los Angeles.
Bond Questions number 1-6 unquestionably deserve a “Yes” vote in Scottsdale in November.