A Philosophy Enshrined In Opposition To Financial, School & Healthcare Choice
Prospective 2016 GOP nominees for President get asked it a lot.  What does your party stand for?  Ronald Reagan Redux.  Freedom.  American exceptionalism.  Liberty.  Those are a few of the familiar refrains.
It’s not quite clear what Hillary Clinton and the Democrats stand for.  But here in Arizona it is this:  continued indentured servitude of their constituencies. 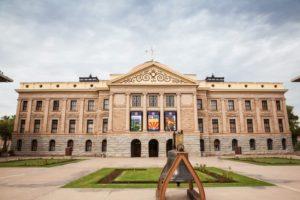 More school choice to empower parents?  No way.  That would hurt the public school monopoly, teachers union and bloated administrative bureaucracy.  Besides, parents:  You’re too dumb to make such choices.  We know best.
Or how about health care choices?  Nope.  That gets in the way of their goals for universal health care and one size fits all.  Too many people will get snookered if too many choices exist.
And that brings us to something we opined about last week but the justification for responding further reveals itself with each Democratic demagogue since.  Donkey alert.  Payday lending in Arizona is dead.  And that’s a good thing.
And so is financial choice, the heart of HB2611 legislation sponsored by State Representative J.D. Mesnard.  We can’t have it Democrats say because proposed interest rates on unsecured loans are too high, and those who might advantage them will entwine themselves in debt.  In other words you poorer people with few financial opportunities, you’re too dumb to know what you’re getting into.
It’s like the Democratic philosophy is to keep certain groups right where they are.  But not to worry they allude: we’ll just tax the rich and redistribute whatever is needed to you.
Incredibly, we don’t hear a peep from Arizona Democrats when multi-billion dollar banks bait students at NAU, ASU and the UofA into minimum payment, high interest credit cards.
Yet, they ignore observations from people like Rev. Jarrett Maupin, and even the families themselves, who cry for loans to help pay for more dignified burials for their loved ones.  That is an actual reason the mother of a 16-year old killed by black on black violence cited yesterday for her support for the Mesnard legislation.
Think about it:  Arizona Democrats want to actually keep people from a financial choice some say is helpful if not necessary for things like funerals.  Because they may, MAY, have a hard time with the interest payments due to their credit histories.  This from the same people who spend our country, or at least encourage other Democrats at the federal level, into the largest deficits in world history.  Or who rode shotgun for Janet Napolitano’s spendthrift tenure as Arizona Governor.
Perhaps if they ever made a financial choice to be responsible they would have the authority to lecture others about the same.  Unfortunately those possibilities lie six feet under.  Just where Democrats want to keep buried any hope of emancipation from the challenging circumstances HB 2611 and things like school choice seek to alleviate.