(SCOTTSDALE) – Victory Tuesday for Mountainside Fitness and other health clubs across Arizona who have been financially impacted by Arizona Governor Doug Ducey’s arbitrary shutdowns.

Up until Tuesday the Governor had not given gyms and fitness centers an avenue for re-opening.

On Tuesday, Maricopa Superior Court Judge Timothy J. Thomason ruled Governor Ducey’s executive order to shut down gyms violated procedural due process and the Governor must give health clubs an avenue to re-open.

The Judge wrote in his ruling – “There is very little credible scientific data supporting the notion that fitness centers operating with necessary safety protocols pose a danger or that shutting down well run gyms has a significant public health benefit.” 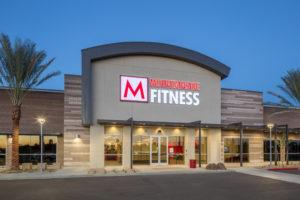 As part of the ruling the judge stated “It is unrealistic to think that fitness centers that have been forced to close for weeks and months on end will be able to resume operations,” he wrote. “No injury could be more irreparable than being forced out of business.”

Mountainside Fitness had filed a lawsuit, along with several temporary restraining and preliminary injunctions in late June after the Governor selectively chose health clubs, tubing, waterparks, movie theaters (that were already closed) and bars to close for a second time, despite allowing all other industries throughout the state to remain open.

“Relief is how we are feeling today,” said Tom Hatten, founder and CEO of Mountainside Fitness.  “Since the first shut down, we have continued to do everything the Governor and the state have asked us to do to safely operate our business and finally today thanks to Judge Thomason we have an avenue to open and stay open.”

“We as an industry worked extremely hard to not only open safely the first time, but also the second and third time,” said Hatten. We have the best protocols and practices in place to do that and we are excited to once again open our doors and allow our members to continue improving their health and mental well-being.”

During the hearings Mountainside Fitness presented a series of witnesses testifying that health clubs, who were following the state’s own safety protocols and were no more dangerous than grocery stores or retail stores that have never closed. In fact, Will Humble, the former Executive Director of the Arizona Public Health Association, who served from 2009-2015 testified that fitness centers following the proposed requirements pose far less risk of COVID-19 transmission than bars and nightclubs and rather they pose a similar or even lower, risk than retail and grocery stores.

Under the judge’s order Mountainside Fitness says it will continue operating during normal business hours and enforcing all the safety protocols and following the mandated CDC guidelines it put into place before re-opening on May 18th, as well as other new measures.