It was compromise and gradualism that helped the solar industry and Arizona Public Service reach a truce that preserved rooftop solar for the APS coverage area. After all, strong utilities and strong solar are in Arizona’s best interests. Now, Corporation Commissioner Andy Tobin seems to be a voice of reason that could deliver likewise as Tucson Electric Power seeks an overly aggressive grid access charge that would be among the highest, if not the highest, in the country among investor owned utilities. Tucson deserves better. Nogales deserves better. Kingman deserves better. Lake Havasu City deserves better. These are the four areas being targeted by TEP’s parent company. And Arizona certainly deserves better. After all, if the Corporation Commission is going to approve permanent rate hikes, shouldn’t ratepayers have some remedy to mitigate them? Rooftop solar provides this option for many. 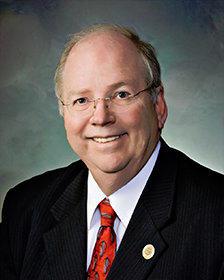 After listening to hours of testimony from solar advocates during a June 12 Corporation Commission meeting, Tobin said he needed more time to sort out the matter, putting the brakes on options that could have decimated the rooftop solar industry in parts of Arizona by gutting compensation for rooftop solar customers who send power back to the grid in addition to slapping those customers with excessive fees.
The fees amount to a large tax on solar power and as the old saying goes, “If you want less of something, tax it.”
Tobin, a Republican, may have seen the path the TEP was headed. As a former Speaker of the Arizona House of Representatives, Tobin is perceptive and his decision to take a pause was a smart one.
Perhaps he did not want to be known as a regulator who regulated rooftop solar out of business with some of the highest fees in the country. That could have been a politically damaging move for Tobin and Republican candidates in Arizona whose election efforts are complicated in this age of Trump, especially in a year like 2018.
Seeking a compromise through gradualism ended the solar wars in the Phoenix area by phasing in new rules that aren’t perfect but reasonable enough to get both sides to call a truce.
Tobin has it within his power to be the peacemaker and to look to the APS compromise as a template for TEP. With net metering ending, gradualism should carry the day, not a too aggressive proposal by an Arizona utility merely seeking to pad its already very large profits. Strong utilities. Strong solar. We hope Tobin gets it right.