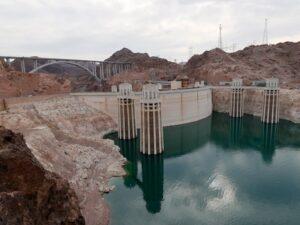 You have likely heard the stories of potential water shortages in Arizona due to depleted supplies at Lake Mead, the main source of water for much of the west. Well those stories weren’t hyperbolic scare tactics; it is very much a real issue, as the federal government announced that due to prolonged drought we hit a Tier 1 water shortage recently.

We have officially entered a water crisis. So what does it mean to you?

For starters, as part of the agreement, Arizona is required to reduce water consumption by 18%. While that sounds deeply concerning, this will not hit everyday citizens anywhere near as hard as industries such as farming. Regarding Scottsdale specifically, the city’s water manager Gretchen Baumgardner says that the city itself is in a reasonably good place due to technology as well as excess stored untreated wastewater that can be called upon as needed. The city has about 15,000 acre feet of excess water, which could be called upon all the way up to a Tier 3 shortage.

That is not to say that our current way of life will be perfectly preserved, however. The city intends to work with HOAs to develop plans for cutting back, including forgoing winter lawns, removing turf, preserving asphalt, identifying overuse of water, and better maintenance of infrastructure. It would seem as though as time goes on, a more proper “desert landscape” will become more the norm, as opposed to “desert oasis” landscaping.

While this is not ideal, the effects of these low water levels have been felt in even bigger ways elsewhere. For instance, a California hydroelectric power plant had to shut down recently due to a low water level (thus not creating enough water flow to generate electricity effectively). The Hoover Dam is also in danger of having a shutdown for the same reason. Obviously this would cause a significant power issue which may lead to price spikes for many area consumers if not adequately made up for quickly.

Unfortunately, we live in an area which climate change has not been kind to, nor will it likely be going forward. Thanks to wise city planning, we will be mostly unscathed for the foreseeable future, minus minor lifestyle changes. Past that, however, is a large series of question marks.