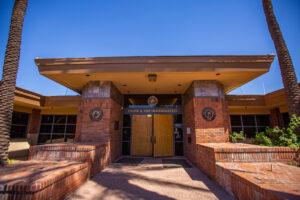 We don’t need to tell you that any time you attend any large public gathering, there is always a risk to some degree. The news has been filled with plenty of instances just this year of psychotic mass shooters who decide to use a heavy concentration of people as an opportunity to inflict pain and suffering on others. Considering how Scottsdale will have numerous instances of such gatherings on nearly any given weekend (such as in any nightclub), our city could be at risk of such a mass casualty event.

Should we worry? Well now that we know that our city is being proactive about training for this very possibility, perhaps not.

The Scottsdale Police Department is collaborating with the Riot Hospitality Group for a mass casualty training session this Wednesday. It will be taking place in Old Town and will essentially be planning for the sort of mass shooting events that have plagued our country for years.

While we certainly cannot live our lives in fear, it’s not unrealistic to be concerned. While many more recent mass casualty events have centered in places like schools, or in a supermarket in the case of the recent Buffalo shooting, we don’t need to go too far back to see an entertainment gathering being the target. After all, it was only five years ago that a shooter targeted a concert in Las Vegas and killed 60.

We certainly don’t want to focus on negative hypotheticals, and we have been blessed to have any local violence primarily in one-off situations, typically very late-night and presumably alcohol-fueled. But between the Waste Management Open and corresponding concert events and with Super Bowl festivities coming to Scottsdale early next year, the opportunities are there for a deranged individual to do damage. It seems like a very good time to be proactive and plan ahead.

As the old cliche goes, with great power comes great responsibility, but great responsibility also comes with great recreation options. Any area that is such a hotbed for tourism and recreation can easily turn into a target for those looking to do harm. Therefore, we are pleased that our city recognizes this and is being proactive about the need for preparation and caution.