And there’s always been the Papago Golf Course.  Avid golfers know it to be an exceptional layout in an exceptional setting.  And 20-30 years ago it was hard to get a tee time there as affordability fused with challenge at the Valley’s best public golf course.

But recent years haven’t been so kind to the course.  Mismanagement.  Landscaping don’ts. The list goes on.  Once the prom queen, Papago has started to look like a 40-year reunion. 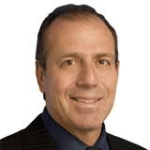 That’s all likely to change as Phoenix Councilman Sal DiCiccio has been working with Arizona State University to take over the course.  It’s a great move by a school with a rich golfing program and a terrific move by the City of Phoenix to revitalize a great resource.

So that’s now two home runs for Sal DiCiccio.  This, and working with ASU to relocate its baseball program to Phoenix Municipal Stadium just down the street from Papago.  The Oakland A’s will move next year to the Cubs’ old digs in Mesa.  DiCiccio just earned more of the beer belly vote as ASU baseball currently doesn’t allow the sale of alcohol at its games, something that will change with the move off-campus.

And he’s earned the appreciation of golfers everywhere for this latest achievement, showing what a difference spirited, enterprising representation can make for an area’s quality of life.

New homes for ASU baseball and golf are being done to free up more prime land for development on Tempe Town Lake, primarily to help fund upcoming renovations to Sun Devil Stadium.

Freeing up all of this land for new development will have profound consequences for downtown Phoenix, Chandler, Scottsdale and 24th and Camelback.  But that’s a topic for another time.  In the meantime we should say cheers to Sal at Papago’s 19th Hole, or at an ASU baseball game in 2015.