Sure, a Super Bowl is coming and Spring Training is underway but that probably just reminds Glendale that they need to get their bill through the legislature seeking public safety reimbursements for the big game, and that Camelback Ranch is an enduring financial migraine.
And today the Arizona Republic reported the City of Glendale’s bond ratings were downgraded, again. Taxpayers will be hurt as the cost of borrowing money now goes up.
Climbing out of its money hole will not be easy. Things little, medium and big need to be undertaken. It is a city that must be relentlessly pro-business, in so many ways.
The city’s recent, unanimous decision to invest a little to attract a big-selling furniture store was a smart move. It sent a message to the market that Glendale is open for business. There’s a smaller project being debated in the community that could do likewise.
Putting two outdoor billboards at the 101 and Bell, in a commerce park, would seem like a matter for the consent agenda, not contention. After all, it will mean some revenue to the city, but more importantly allow more Glendale businesses to advertise effectively and prominently. According to industry reports some 70% of billboard advertisers are local and in this case Becker Boards is incentivizing that further with a 20% discount for local businesses. 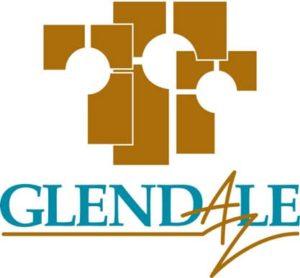 And even though there has been a lot of support from the business community, including from the owner of the commerce park who sees the investment as a way to jumpstart his development, there has been opposition. From two curious quarters.
The first is from the City of Peoria across the street. Why? Because they want to put up their own billboards to help pay for Peoria Sports Complex improvements that will compete directly with Westgate. And take sales tax revenue away from it. Why the financially-strapped Glendale City Council would want to hurt its community by enabling Peoria is a good question.
And then there are residents of Arrowhead Ranch. Outdoor advertising should only be in the more blue-collar southern city they believe, notwithstanding no one in Arrowhead Ranch can see signs at the proposed location. Or that the only signage being discussed is on a freeway, a very long ways away.
The opposition has been aided by the head of Midwestern University, a resident of Arrowhead Ranch. The merits of Midwestern are many but it unquestionably has been a grand recipient of city aid over the years. It now seeks to return the favor by denying a project in order to aid Peoria. But the irony doesn’t stop there. As its CEO complains about billboards that can’t be seen, the school is utilizing billboards itself, both in Glendale and out. Indeed, one of the billboards being used is dramatically closer to homes near Sun City than what Becker Boards proposes now.
All of this returns us to Adam Smith, of all people. He wrote of the Wealth of Nations. If alive today he might opine on the wealth of cities. If a private sector initiative with the merits Becker Boards is proposing is stymied – or if the city is seen as too challenging to work with – the marketplace will take notice. And not favorably.
Rumblings suggest there is a compromise afoot that may not make everyone happy but could thread the needle. If not, the signs Glendale is needing to convey to the business community may resemble the red, white and octagon shaped ones at intersections, rather than encouraging green lights.