Forget those foolish people who parrot the line that there is no difference between Republicans and Democrats. There is. There is an even greater difference between conservatives and liberals. The challenge for conservatives is that they want to give people liberty, which is often the freedom to go get your own stuff without interference, and liberals want to simply give you stuff. When a majority in a country realizes they can vote themselves “free” (meaning someone else paid for it) stuff, liberals win. When enough people get hooked on free stuff and lose the ability to go get their own stuff, then liberals are really happy.
Here are two Facebook posts to illustrate the vast difference. The first is Republican State Senator Kelli Ward who seems to be in the business of trying to give people more liberty and less government. 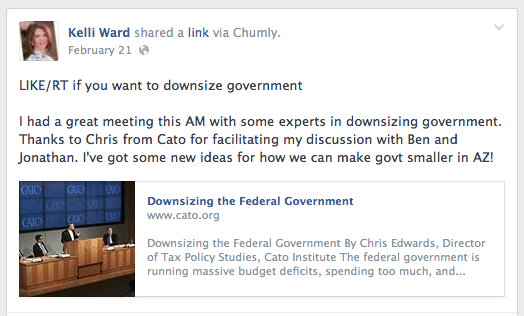 The second is Democrat State Representative Mark Cardenas who seems to be going door to door seeking support on the basis of how much stuff he has given away. 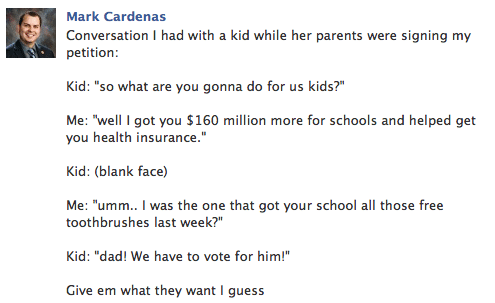 There IS a difference between conservatives and liberals. At stake in the battle between these two ideologies is nothing less than the fate of our country and our world.