It’s typical for opinionists to relay who should be entrusted with your vote. There is some of that below. But in some races we take the unusual step of telling you why others should be rejected.
Ultimately, it’s your decision. But at least we can provide some compelling menu items for consideration.
Governor: Doug Ducey.

Jon Kyl served Arizona with considerable decency and a keen intellect. Perhaps that’s why he never lost an election. He was a precision of conservative and common sense. And even in Republicans darkest days, such as 2006, Kyl’s conservatism was always understood but never too much to win a statewide race. He prevailed that year in a tough race versus well-funded Democrat Jim Pederson. Ducey leads in the same style as Kyl. But with a bit more range, even tapping into well known Tea Party leaders to, as he says, offer the broadest range of Republican support among all the contenders. From Jane Hull to Mike Lee. Ducey has grown in the campaign too. Watch a debate and his command of issues and appropriate temperament is on display. Republicans want a conservative. But one who can win too. Like Jon Kyl before. And Doug Ducey now. As for the other major contender at present Christine Jones is running a clichéd, poll driven campaign calling to mind Sally across from Billy Crystal not a Governor with a core or conviction.
Secretary of State: Do NOT vote for Justin Pierce.
Pierce, Cardon and Michele Reagan all represent a next generation for GOP voters. But the issues surrounding Justin Pierce are profoundly disturbing. It is believed Arizona Public Service, a regulated utility monopoly, is routing funds through “dark money” organizations to prop up the trailing Pierce. Why? Because Pierce’s dad did the company a bunch of favors and carried their water on the Arizona Corporation Commission. And now it’s payback time. Read what one Arizona Republic columnist had to say about the situation here.  Only the future will tell if such an arrangement evolves from distasteful to something more. But for now and with all of these questions there is absolutely no reason to support Pierce with better choices for Republicans.
Attorney General: Mark Brnovich
The embattled incumbent Tom Horne has become a laughingstock in Arizona and a national embarrassment to our state. Yet, he remains on the ballot. Supported now by about three 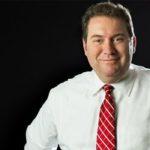 Republicans. Unfortunately, popular Maricopa County Sheriff Joe Arpaio is one of them. Horne is betting upcoming Arpaio commercials and advocacy will pull him out of a tailspin. It will help. But be far too little too late. Besides, as voters get to know Mark Brnovich they like him. One of the best speakers on the 2014 stump, Brnovich is a devout conservative that no one can put out to pasture, as has been done with Scott Smith in the gubernatorial campaign. Any thinking Republican wanting to keep this seat for the GOP should vote Brnovich on August 26th.
Treasurer: Hugh Hallman.
When you hire someone to look after your money do you ask if they are a Democrat, Republican or Indepdent? Not typically. Not even the great Republican Jack Londen 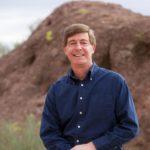 probably operated so. As such, it’s doubtful anyone looking blindly at the qualifications of the three contenders – Jeff DeWitt, Hugh Hallman and Randy Pullen – would hire anyone but Hallman to care for their money. As it should be for the person Republicans and the State of Arizona hire to look after billions. All candidates at any level have issues. But it is hard to argue that Tempe under Hallman was not capably and ethically led. Indeed, Hallman doesn’t accept gifts or tickets from lobbyists and even refused his designated parking space at Tempe City Hall. Meanwhile, a video produced several years ago and other records about Pullen raise troubling questions for a State Treasurer candidate. Being sued for not paying spousal support? Leaving the Arizona Republican Party in debt? A campaign that is currently in debt? Serving as a “consultant” for the biggest sports taxing boondoggle ever proposed – the 1999 massive Mesa tax hike rejected by voters for a new Arizona Cardinals football stadium? And Dewitt. He boasts of being a stock trader. And a day trader at that. That’s comforting. Gordan Gecko needs to remain fictiously on Wall Street not arriving in downtown Phoenix come January as our next State Treasurer.
Arizona Corporation Commission: Vernon Parker and Lucy Mason.
A race that undoubtedly qualifies as the most disturbing of the year. For the first time that is known a regulated monopoly, Arizona Public Service, is spending lavishly to elect its chosen slate of Tom Forese and Doug Little. Anyone wonder why? They need reliable votes to knock down energy choice via rooftop solar or any discussion of deregulation so everyone doesn’t have to rely on them? Or to raise rates to meet their earnings forecast on Wall Street. Using ratepayer funds to engineer the election of those that will do your bidding is a relative to the State of Arizona using taxpayer money to do the same in races that matter to it. It’s wrong. And so is the position of Forese and Little, agreeing with a new property tax on rooftop solar equipment that has tens of thousands of seniors, schools, churches and citizens enraged. But APS wants it. So they do. So the money can flow into “independent” efforts to elect them. Forese has also been recognized by the Arizona Republic as the greatest grabber of lobbyist goodies at the State Capitol. This is not encouraging. Fortunately, former Paradise Valley Mayor, George H.W. Bush Undersecretary and 2012 Republican Congressional nominee Vernon Park, as well as former State Representative and House Energy Chairperson Lucy Mason offer good, conservative alternatives. APS’ attempt to call them Obama lovers is comical. The only thing Parker has in common with Obama is skin color. And Mason? Well, she has an “A” in her name like Barack. The issue really comes down to this: If you want APS to use your money to elect candidates so it can raise your rates go with Little and Forese. If you don’t go with the more independent minded Parker and Mason.

Congress: Wendy Rogers
We liked Andrew Walter as quarterback at ASU. But as a congressional candidate he reminds us of the Andrew Walter for the Oakland Raiders. Not ready for prime time. One gets the impression he feels more comfortable standing next to a keg than debating the finer points of policy. Need a homecoming king Walter would be the guy. Need a Valley version of Martha McSally to be somewhat competitive with Congresswoman Sinema? Wendy Rogers is the better choice.
Congress: Andy Tobin
There is no reason to speak about other candidates because Arizona Speaker of the House Andy Tobin is that good. Conservative. Creative. Cool. Accessible. Hard working. Of the district. If Wikipedia had a description for representing rural Arizona in the United States Congress the two words making up Tobin’s name would lead it. Followed by his credentials and already impressive accomplishments for the more dispersed parts of our state.