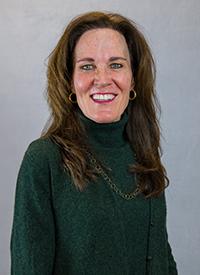 We have spoken at length about the issues that have befallen the Scottsdale Unified School District, primarily related to the actions of former board president Jann-Michael Greenburg. The effects of those dominos are now starting to become more clear, as SUSD recently announced new leadership.

Julie Cieniawski was recently announced as the new President of SUSD, and Dr. Libby Hart-Wells voted in as Vice President. Why is this notable? Primarily because of the significant support that local Dems provided in order to help elect Cieniawski in the first place.

With a past as the president of the Scottsdale Education Association (an offshoot of the Arizona Education Association, the state’s primary teacher’s union) and a previous instance of having sued the school district for adding additional days for professional development, she has a proven pro-teacher, pro-union track record. It should come as no surprise that local Democrats flocked to help elect her, and are no doubt pleased by this development.

Education has long been a positive talking point (and a problem to be addressed) for Democrats in Arizona. However, we have talked about how it seems as though Dems are giving up the high ground on this issue by aligning and not questioning anti-parent and sometimes bullying tactics by local unions, severely overplaying their cards in the process. So this selection for SUSD President seems to align very well with that entire ethos, which raises questions and concerns.

Will this new leadership be in favor of remote learning in the face of any more COVID flare-ups, or will they realize that in-person is more important than placating a union? Will they realize that actions sometimes taken in the name of making teachers happier are often a zero-sum game with parents? That while educators have largely been undervalued in this state, that the pendulum can go too far?

While Scottsdale might not be as crimson-red as it once was, we believe that Cieniawski and Hart-Wells would be well served to avoid placating the teacher’s unions too much, or they may find their tenures to be shorter than they would like. The voters of Scottsdale will have little tolerance for a leftward lurch that brings them closer to Chicago or San Francisco educational politics. Parents matter, and they are to be ignored at your own peril.