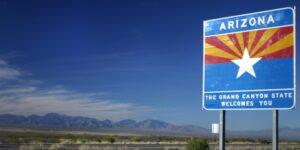 Money is not the end all be all of politics, but it is the best determinant of success of a campaign. You need money to get your message out and to demonstrate your level of support. The first Arizona campaign finance reports for this election season are now in, and they cover an entire year’s worth of fundraising and expenses and offer many clues as to the strength or weakness of campaigns.

Governor: much has been said about Kari Lake’s polling dominance on the GOP side, but the numbers show real weakness. Her $1.5 million raised isn’t bad (although it trails several other candidates), but the real story is how much of it she burned through, over $1 million. She sits with only $375K cash on hand. Meanwhile, Karrin Taylor Robson sits on a robust $3 million in cash on hand; while she is currently polling miserably low, $3 million can do a lot to improve that. Steve Gaynor contributed over $5 million to his own campaign and has retained most of it in cash, so he also is well positioned to chip away from Lake’s support. 4 GOP candidates currently have more cash on hand than Lake, meaning that her polling numbers have likely already hit their highest.

On the Dem side, all 3 legitimate candidates raised over a million, with Katie Hobbs predictably raising the most and retaining nearly $1.5 million cash on hand. Most notably for the other candidates, Marco Lopez raised over a million dollars but somehow managed to burn through around 80% of it, likely grounding his campaign before it ever lifted off.

Secretary of State: on the GOP side it is a two person race as far as cash on hand is involved: both Mark Finchem and Beau Lane have raised and retained substantial amounts of cash, while Shawnna Bolick and Michelle Ugenti-Rita both stand at a paltry $54K cash on hand. Both Dem candidates burned through over half of their raised amount, with Adrian Fontes holding a $60K advantage in cash on hand.

Attorney General: Rodney Glassman again shows how deep his rolodex of wealthy people is, raising nearly $1.3 million and retaining almost all of it. Andrew Gould put up a valiant effort but has only about 1/3rd the cash on hand as Glassman. Both are far above the closest Democratic challenger, Kris Mayes, clocking in at under $275K cash on hand.

Look at these numbers in totality, there are a few conclusions: 1) Kari Lake will not have a cakewalk to the nomination, 2) Katie Hobbs will have an easier pathway than her recent troubles imply, 3) Democrats will have a tough road to retain the Secretary of State’s seat, and 4) Rodney Glassman just won’t go away, despite the wishes of many. There is plenty of time left to go, but we have more clarity.