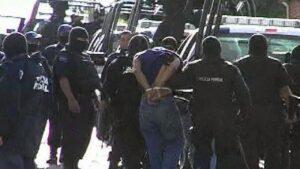 Many people might think that being a part of the Scottsdale police department involves little more than breaking up drunken bar fights in Old Town and picking up a few impaired drivers. But in a major development with statewide repercussions, the SPD directly facilitated a huge opioid bust against a major drug cartel. Yes, you read that right, the Scottsdale PD took a big swing at a drug cartel…and connected.

The Scottsdale Police Department executed a sting against Mexico’s Sinaloa drug cartel, taking an estimated $9 million of hard drugs off the streets. This included 1.7 million pills of fentanyl, the highly addictive and extremely strong opioid which has ravaged cities and towns around the country, as well as ten pounds of powdered fentanyl and one pound of methamphetamine.

Officers estimate that the contents of this sting could have saved 700,000 lives. Indeed, synthetic opioids vaulted above all other drug classes, including other opioids such as heroin and oxycontin, and have far surpassed all other types of deadly overdoses since 2016. While it is sometimes difficult to trace the source of drugs, synthetic opioids have been thought to be streaming in from both our southern border, as well as from China and/or other Asian countries.

Meanwhile, the Sinaloa cartel demonstrates the inherent difficulty in stopping the drug trade from cartels. You almost certainly remember Chapo Guzman, the very low profile but high-powered kingpin of the Sinaloa cartel and his extradition and conviction in 2019, after twice escaping from prison with the assistance of Mexican authorities. Meanwhile his sons have taken the mantle and are now leading the cartel, demonstrating the moving target nature of the cartel: when you cut off its head another one (or four) grows in its place.

That said, $9 million of deadly and debilitating drugs off the streets is a very significant win for all of us. Law enforcement is a dangerous line of work, and it rarely gets more perilous than working a sting on a large drug cartel. Scottsdale PD deserves a ton of credit for not just helping keep Scottsdale a world-class city to live in, but contributing to the health and well-being of all of Arizona in the boldest of manners.