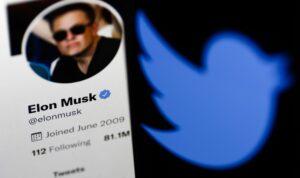 Much has been said of social media’s impact on politics and the public discourse, and even its impact on elections. Many see it purely as a cesspool that elevates unnecessary and toxic opinions, an opinion that is often hard to counter. Many often see whatever bias their personal opinions inject, willfully ignorant to the fact that the platform’s algorithms will generally show them what it thinks that the user will engage with.

Since Trump’s successful 2016 election and the rather nefarious ways that foreign actors used the platforms (most notably Facebook) successfully to sow discord amongst the American electorate, those platforms have cracked down on various types of speech in ways both properly useful and line-crossing, including banning the former President with the charge of him fanning the flames of the Capitol riot. Obviously this has led many conservatives to charge those platforms with political bias.

Is there any truth to those charges though? The Arizona Republicans certainly think so with the introduction of House Bill 2280, which allows for an “operator of a social media website may not intentionally delete or censor the social media users’ religious or political speech or use an algorithm to censor the users’ speech”. That said, we should all know by now that free speech will not go as far as yelling “fire” in a crowded theater without consequences, so it’s hard not to see how this bill wouldn’t be seen as blatantly unconstitutional. Again, the AZ GOP seems dead set on providing billable hours to well-connected attorneys.

However, there are good points to be made about the often arbitrary application of protections within those platforms, and those points have been made rather impactfully by a very profound yet unexpected voice recently: Elon Musk. Musk has long been a critic of Twitter’s warnings and protections and recently found a way to force the conversation: by announcing that he had accumulated over 9% of the company’s stock. Conversations soon developed into him having a board seat made available to him and spiraled towards an unsolicited bid for the ENTIRE company. All this done under the guise of how free speech should be better protected.

So do these platforms truly bias against voices that disagree with them? It’s hard to tell. One thing we can say is that we’ve had friends on the left, right or center who have had statements and posts that have been given warnings or removed by platforms. The platforms have put a significantly bigger emphasis on eliminating false COVID-19 statements (probably imperfectly), although those SHOULDN’T go under the guise of political statements. Ultimately, they are publicly traded corporations who are in the business of making money and not falling under the hammers of heavy regulation, so I’m not sure how anyone could blame them for trying, although blaming them for poor execution is fair game.

When in doubt, it’s best just to remember that their job is to make money, and they make it from people of all political stripes; green is more important than red or blue. But many businesses suffer from the same detachment from the needs of their customers and make mistakes similarly; they too often need the threat of their own Elon Musk to set them straight.