(Phoenix) – Smart & Safe Arizona, a citizens initiative to legalize cannabis for adult use in Arizona, will file 420,000 signatures with the Arizona Secretary of State today, significantly more than the 237,645 signatures required to qualify for ballot access.

The campaign began collecting signatures in September 2019, raised more than $3 million to date, and is confident it will pass on November 3.

“Arizonans are ready to legalize cannabis and this is the right policy for our state,” said Arizona Dispensary Association President Steve White, CEO of Harvest Health and Recreation. “New jobs and revenue are even more critical, today, than when we embarked on this campaign last year.” 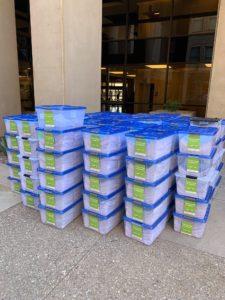 An independent, May 2020 poll from Arizona public affairs firm HighGround confirmed the measure’s popularity – 65 percent of the poll’s 400 respondents planned to vote “yes.”

When passed, the measure will:

Opposition to the measure has been negligible.