By Wil Cardon
Candidate for Arizona Secretary of State
Recently, a federal judge issued a ruling saying that Arizona has the right to require proof of citizenship in order to register to vote. This may seem like common sense to most people. After all, why wouldn’t we require proof that you are an American citizen before you exercise one of the most important civic duties – voting. 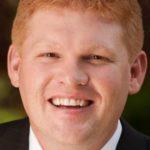 However, there are many on the left who do not want there to be any proof of citizenship before registering to vote. This week, the Obama administration announced that they were going to fight that decision. And here in Arizona, my opponent has made quite clear that he does not support requiring proof of citizenship to register to vote.
I’d like to say I’m surprised by their position, but I’m not. You see, there are many on the left who want to gain an unfair advantage in our elections. They see positions like Secretary of State as prizes to be won so that they have more power to tilt election laws like in their favor.
That’s not what the Secretary of State should be doing. And I’m running for Secretary of State here in Arizona to make sure it doesn’t happen.
I believe that the number one duty of Arizona’s next Secretary of State should be to ensure that our elections are run fairly, transparently, and with integrity. That means that we should do everything in our power to ensure that every person voting in our elections is a citizen of this country. And that’s what I’ll do as Arizona’s next Secretary of State.
As we move into election season, I’m going to need your help. I need your help to ensure that we have the resources we need to fight back against the liberal’s plan to try and grab the office of Secretary of State here in Arizona for themselves. And make no mistake, that’s what they intend to try and do.
We can’t let that happen, and with your help it won’t .