By Scottsdale Pinetop
Dark money is the dark curtain of American politics. Arizona and Scottsdale are not immune.
Nor is Tempe. Recently, Tempe voters passed a ballot measure that would require any group spending over $1,000 towards a local election to be disclosed on campaign finance reports. This transparency measure was supported by 91 percent of the voters – a percentage any elected official would kill to have. 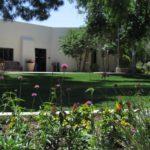 A progressive step forward the vote was. But the recent actions of the Arizona State Legislature likely means this won’t happen. In response to the vote, both the Arizona House and Senate passed House Bill 2513 to block local government from enforcing such transparency rules regarding contributions from nonprofit organizations. Governor Doug Ducey, a major beneficiary of dark money in his 2014 re-election, signed the bill.
What a shame.

Scottsdale has felt the effects of dark money, and could again. One member of the City Council has made it his mission to reform campaign finance rules. David Smith has expressed his concerns numerous times to the Scottsdale City Council and encourage members to consider adopting measures like Tempe. His goal – to foster transparency and maintain the public trust in city elections that has declined in recent years. However, with four members of Council refusing to discuss the motion, the motion failed.
It’s hard to believe that candidates are not influenced by the deep-pockets of nonprofit groups that are willing to spend large sums of money to ensure their own political motivations. With the influence of dark money contributions, candidates can essentially “buy” their way into politics if supported by powerful and wealthy anonymous donors. State voters are well aware of the chicanery of the state’s largest utility in this regard. Ideally, politicians are meant to reflect the people that they seek to represent not the organizations that sign their donation checks. Scottsdalians have a right to know who is paying for campaign support. Councilman Smith deserves credit for pushing this debate. Don’t give up sir. Don’t give up.