2021 is just a few days away to the pleasure of many ready to put 2020 in the rear-view mirror. And with the start of a new year also brings the start of some new Arizona laws, most notably Arizona’s distracted driving law which will go into effect on January 1st.

For us, this is a no-brainer. We’ve written previously about our support for such action and legislation. And we are happy to finally see it come to fruition.

Up until 2019, Arizona was one of the only states in the U.S. without a distracted driving law. That’s insane. 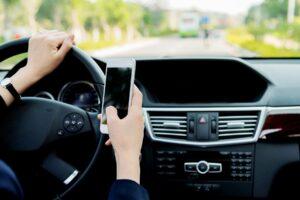 Maricopa officer Clayton Townsend who was killed by a distracted driver on Loop 101. However, the law included an 18-month “grace period” which officers were only permitted to issue warnings. That period ends this coming Friday.

It would be natural to think that common sense alone should be enough – like fastening a seatbelt before putting the car in drive. But unfortunately, that’s not the case as it requires legal enforcement.

In 2017, there were 741 accidents in Arizona that were a direct result of distracted driving, according to the Department of Public Safety. That accounted for approximately 11 percent of all crashes in the state.

So, what does the mean moving forward? Starting on January 1st, it will be illegal to touch a cell phone while driving. First offense penalties will range from $75 – $149 with subsequent offenses ranging from $150-250. The only exceptions will be the use of hands-free devices like Bluetooth or while making an emergency call to 911.

Protecting our roads is a critical component of our government. From red light photo radar to speed limits to now restrictions on phone use. Even for those who favor limited government and maximum personal freedom, the safety of ourselves and others on the road should be taken seriously by all.

Our advice: Just don’t do it.

We commend the leaders of local governments, advocates and public safety officers for taking the initiative and helping push this important legislation forward. You are helping to keep our roads safe.