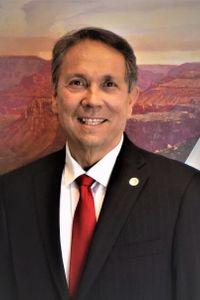 Over the weekend the Scottsdale Republic prominently featured incoming Mayor Dave Ortega and his initial goals when he takes the city’s helm tomorrow.

Ortega emphasized two priorities:  a non-discrimination ordinance and an effort to reform Scottsdale into districts, a notion that would be sent to voters for consideration in 2022.

As long-time supporters of both notions, we applaud Mayor Ortega for moving them closer towards a finish line.

A non-discrimination ordinance should have been passed by previous councils. It wasn’t from a lack of effort by outgoing Councilwoman Virginia Korte, who has been an indefatigable voice for respect, progress and tolerance.  Now, with more socially conservative councilmembers being replaced tomorrow, the hopes have never been higher to achieve Korte’s long-time objective and those of many in Scottsdale.

Ortega also deserves credit for putting new energy behind a potential plan to give southern Scottsdale a greater say on the City Council.  With so few people from the area having been elected in recent decades – and because of Ortega’s sizable electoral support in the south – he is the right leader and this is the right time for re-energizing this reform.

Outgoing Mayor Jim Lane proposed something similar in 2016 whereby Scottsdale would be divided into three council districts in the south, central and north areas of the community.  The other three councilmembers along with the Mayor would continue to be elected at large.  Lane was not able to get sufficient council support to move the matter to the ballot.  We hope Ortega, who has his own twist on the district approach, is more successful.

No matter where the Ortega-led debate on this topic goes we hope it will not devolve into a pure district system like those found in Glendale or Phoenix.  Indeed, such a proposal was soundly defeated by Scottsdale voters a decade and a half ago.  The measure should have a uniquely Scottsdale touch whether it is Lane’s, Ortega’s or something similar.

Good luck to all of the new councilmembers starting in Scottsdale tomorrow, as well as the three veterans continuing on.  There are many questioning how well this council will perform and function for the city.  Tackling these two issues at the outset is a great start.