By Amy Chua
The Wall Street Journal
July 12, 2018
Judge Brett Kavanaugh’s jurisprudence will appropriately be dissected in the months ahead. I’d like to speak to a less well-known side of the Supreme Court nominee: his role as a mentor for young lawyers, particularly women. The qualities he exhibits with his clerks may provide important evidence about the kind of justice he would be.

Judge Kavanaugh’s clerks are racially and ethnically diverse. Since joining the Court of Appeals for the D.C. Circuit in 2006, a quarter of his clerks have been members of a minority group. More than half, 25 out of 48, have been women. In 2014, all four were women—a first for any judge on the D.C. Circuit. 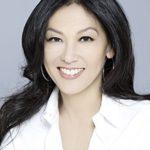 In the past decade, I have helped place 10 Yale Law School students with Judge Kavanaugh, eight of them women. I recently emailed them to ask about their clerkship experiences. They all responded almost instantaneously. They cited his legendary work ethic (“He expected us to work really hard, but there was always one person working harder than us—the Judge”), his commitment to excellence (“he wants every opinion that comes out of his chambers to be perfect; it is not uncommon to go through 30-50 drafts”), his humility (“He can take a great joke just as easily as he can land one”), and his decency (“I’ve never seen him be rude to anyone in the building”).
To a person, they described his extraordinary mentorship. “When I accepted his offer to clerk,” one woman wrote, “I had no idea I was signing up for a lifelong mentor who feels an enduring sense of responsibility for each of his clerks.” Another said: “I can’t imagine making a career decision without his advice.” And another: “He’s been an incredible mentor to me despite the fact that I’m a left-of-center woman. He always takes into account my goals rather than giving generic advice.”

If the judge is confirmed, my daughter will probably be looking for a different clerkship. But for my own daughter, there is no judge I would trust more than Brett Kavanaugh to be, in one former clerk’s words, “a teacher, advocate, and friend.”