Michael Auerbach is returning to the political stage.  Despite being pummeled when he ran for a council seat in 2014, Auerbach, who is a member of the Scottsdale Parks Commission, has formed an exploratory committee to seek one of two open seats on the Scottsdale City Council in the August primary.

His past, besides an abysmal political showing, raises a few eyebrows. He bills himself as the only candidate from the hospitality industry, but hospitality seems to be a real issue for him. 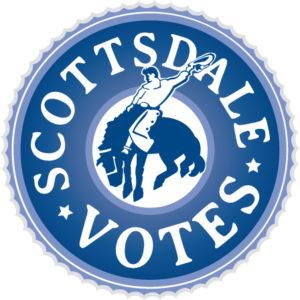 In 2018 an Injunction Against Harassment was filed against Auerbach by a woman who claimed Auerbach verbally confronted her and later trespassed on the grounds of her apartment complex as Auerbach was walking his dog. No criminal charges were ever filed in connection with this incident. Auerbach has also been cited for a leash law violation in 2018. He paid a fine. And he was cited in late 2019 for having a dog at large in a park.  He pled guilty according to court records. You would figure a guy serving on the parks commission would know better.

This is not a crime spree but it should be cause for concern. According to an article in the Scottsdale Independent, Auerbach has the endorsement of Representative John Kavanaugh who told the Independent, “As a former member of law enforcement, I know how important it is to support those who wear the badge. I can tell you with confidence that Michael Auerbach backs our law enforcement.”

Auerbach may know a thing about law enforcement because of his weird encounters with it.

Simply put, Auerbach is not a Scottsdale City Council candidate with a lot of bark, or bite, despite being a cook.

Running for Scottsdale City Council is more than he can bite off, and its something Scottsdale voters should not have to chew.